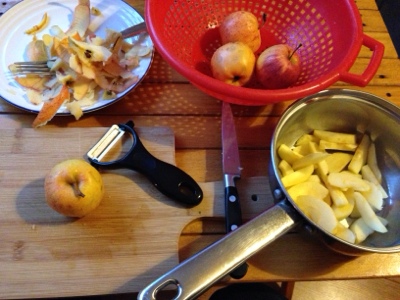 So starting small and as I mean to go on. A bag if apples was reduced in Sainsburys because of a few bruises. Not an issue for me if they will be mostly mush. I also wanted to poach some slices in cinnamon as I had seen during a weaning course I recently attended. So while L played I did this. 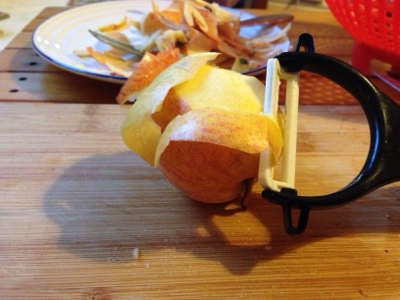 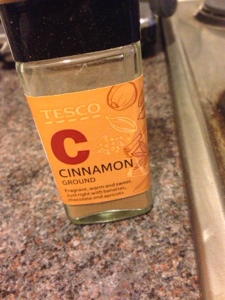 Step four slices
Cover slices in boiling water from kettle and simmer for a few minutes or until softish. 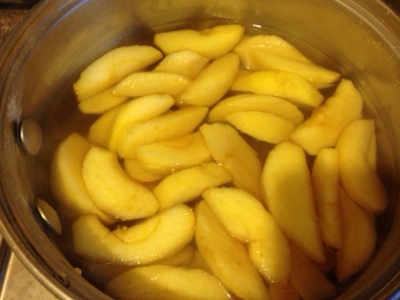 Step four stewed
Put a slash of water in pan with diced apple and simmer until water is absorbed and apples are very soft.
Step five slices
Drain and leave slices to cool. Once cool put on an baking tray and put in freezer. This freezes them individually rather than as one lump. Once they are frozen like this you can put them in a pot ready to pick out as many as you think baby would like at a time. I aim to do this the night before for breakfast and put them in the fridge or at room temp in the morning for lunch or afternoon snack. 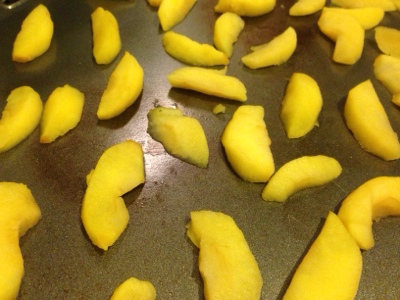 Blitz with stick blender. Won't take long at all. If it is really soft apple you could do this by hand, also good to do it by hand if you are introducing more texture to baby. Serve with porridge, on toast as jam or as a dip.

(I was obviously so excited to be blending that I forgot to photograph this bit!) 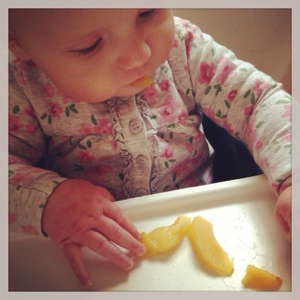 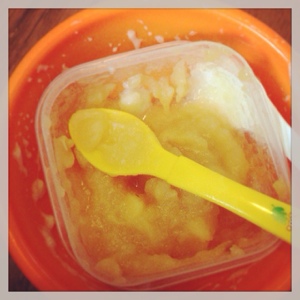 L really enjoyed this apple in both it's guises. She chased the apple around her tray, squished it and easy took it to her mouth. She swallowed quite a bit by feeding herself. We had the purée on its own and also mixed in with porridge. This was so popular L kept looking over at the bowl waiting for me to load another spoon.

Apple is a hit!