I realised that I have not done a playtime post in a long while so I thought what better way to break the drought than a Toybox update. 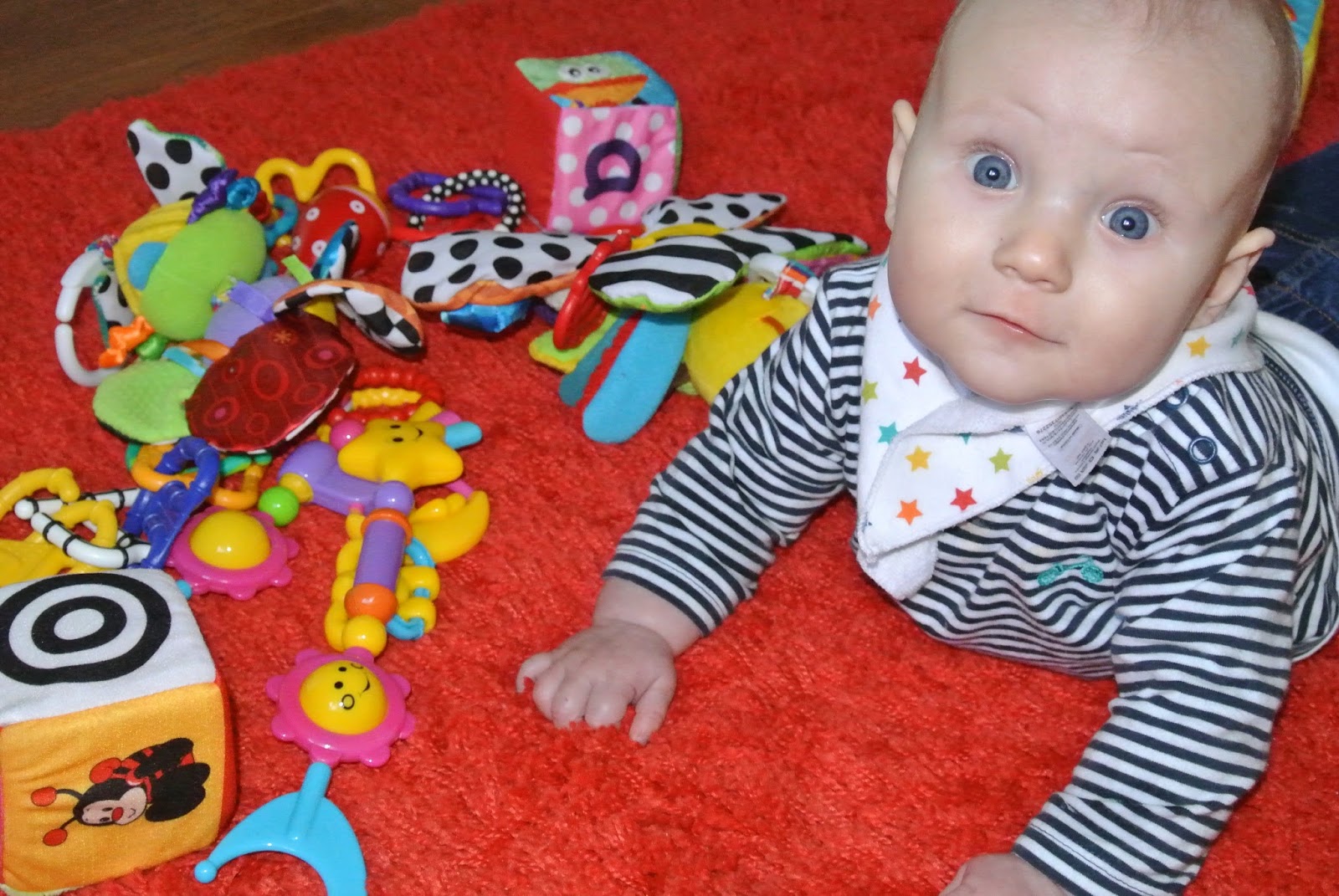 At three months I noticed a step up in the way L was playing, she was starting to do things to her toys rather than just respond passively to her toys. So the first thing I started to collect were musical instruments.


Maracas were the first thing I brought because we had been using them in baby sensory and L really liked them. These from Bigjigs are perfect baby size. Light enough to be easily picked up and shaken about.

I also put the rain stick from our 0-3 month Toybox in the music box and L had by six months worked out how to make the sounds herself. I am going to do another music box post in the coming weeks as L loved her music box!


These are pretty basic versions of fabric discovery cubes which I brought in a toy sale at Sainsburys. The cubes have different textures, pictures or sounds on each side making them very tactile and intriguing for small hands. They are light enough for baby to pick up and stackable by an adult for knocking down. L liked to chew and chuck these toys and later to roll to them to knock them down. 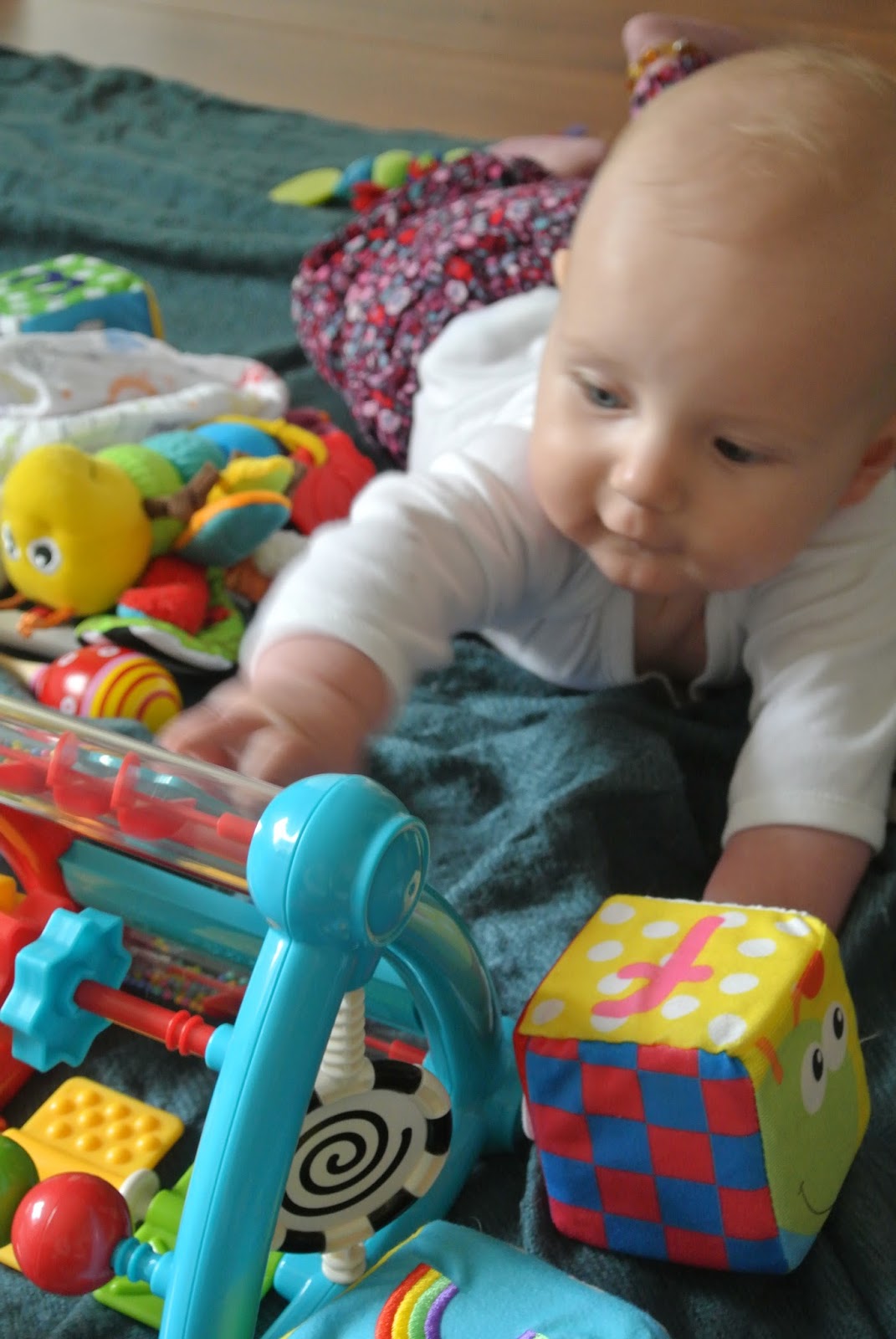 Again this was a toy first discovered at baby sensory. It is a five sided toy with different activities on each side. It has buttons, beads and panels to hit and turn as well as tiny beads which make a pleasing rattle sound. This toy was great for helping L learn to sit up. I would prop L up with my old feeding pillow behind her and she could engage with the different sides. She loves the black and white buttons the best.
Stacking cups


By four months L was on the rolling move and by five and a half months she was commando crawling which is when these cups came into their own.

I think all children have cups at some point or another in their Toybox. Simple, colourful and multi purpose.

Stack them up and watch baby knock them down, and if you're anything like us always lose one cup in the stack! 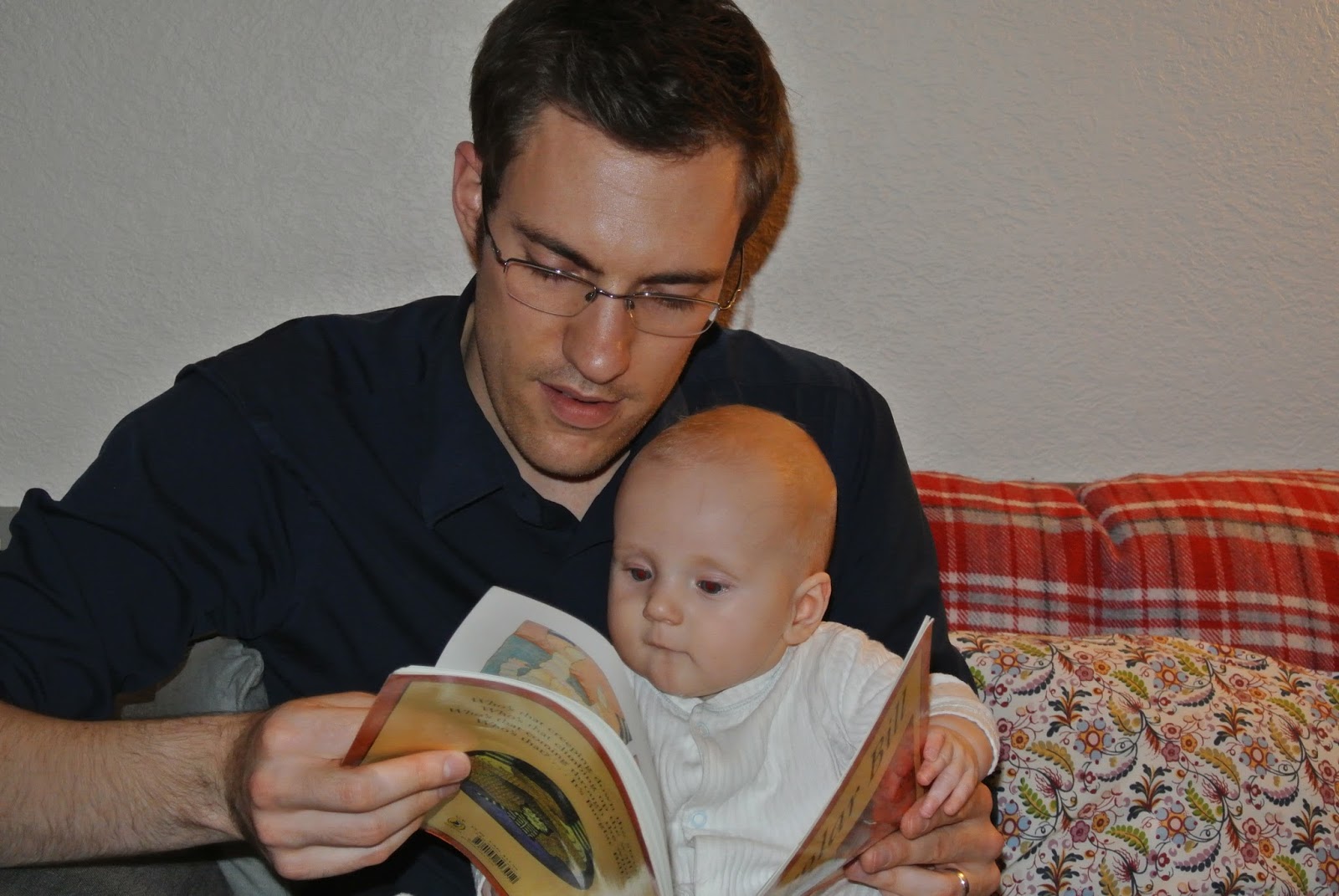 This is also the time when L became more interested in books, she could listen for longer periods of time and began to interact with the books by touching the pages and also starting to turn them

L being on the move did see us retire her playmat far sooner than I thought we would. I was sad about this as it was a lovely place to play and focus play themes. It also means that toys have taken over the entire front room floor.
Posted by Unknown at 06:00