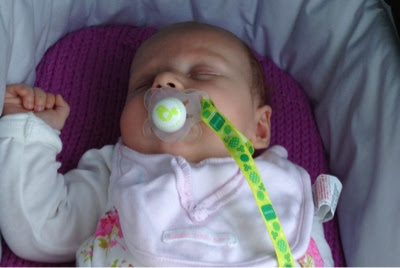 Every day we make a myriad of parenting decisions some easy and some that seem easy but, which can have consequences unknown at the time. Lets change her nappy now feed after, I'll pick up to sooth now I cant distract her in another way and let's try the dummy it might help her settle. This final decision is haunting me.

Before L arrived I was a bit of a dummy snob. I had heard all the horror stories related to teeth and how you can never get rid of them. I had heard the benefits that some babies are very sucky and that they can help reduced SIDS. But I was pretty sure I didn't want to go there. I brought a pack in a rush to make sure I had absolutely everything a baby might need. I heard that J had been a dummy lover, I was a thumb sucker, my cousins son is a fist sucker. I still didn't really want to introduce dummies.

And then L arrived and she was a sucker as I should probably have predicted based on her parents preference for it. It very quickly became apparent that L would happily, and some times only, feed/suck herself to sleep. To save my nipples we introduced the dummy at less than two weeks. I was dogmatic about one of us being with her until she was dropping into a deep sleep so we could pull the dummy out to ensure she didn't need it in to stay asleep. Luckily this seemed to work. L would suck madly start dropping off and we could extract, or she could push out, and she would stay asleep. Hurray for saved nipples and some one else settling L to sleep. This pattern has continued for nearly 3 months. We use it only at sleep times when she is in her crib or carry cot.

But the apparent golden months when bad habits are formed and then hard to break are fast approaching and I can see what lies ahead. L is nearly sleeping through the night but on the occasions she wakes not hungry she won't self settle. She is too used to sucking herself to sleep. This means some nights I am awake just to put a dummy back in her mouth, tuck her back in and then leave her to it. Don't get me wrong I 'pause' and wait, I don't rush in, but I am awake. It makes night waking even more frustrating. I am needed for all of two minutes but am awake for at least half an hour.

This all makes me doubt my decision to give her a dummy in the first place but would I go back and stop myself? Maybe, although I am not sure how I would have survived some already pretty tough early weeks without it. If L wasn't waking in the night needing the dummy I am not sure I would have a problem with it this early.

I am trying to ween her off her the dummy and going to reach for it only when nothing else is helping her calm down. But we now have a choice between her crying herself to sleep with one of us there, her getting hysterical and needing a cuddle during which she falls asleep on us or her sucking herself to sleep by herself. I am filled with doubt about the best thing to do.

I am pretty sure this wont be the last time I doubt my parenting decisions. But doubting myself makes me feel like an inadequate, unprepared, ill informed mother. Doubting myself makes me cry and not know what I should be doing for the best. It makes solving this dilemma harder as I feel unable to make a choice for my daughter because I feel I have already made a bad decision so how will I know my next decision isn't also bad?

This Mummy job is tough and I am continually being reminded how tough. As much as it is tough however, it is rewarding. Her smiles and nearly proper laughs, her attempts at rolling over and her sheer size now have all been directly influenced by me and Daddy Morkus. We have taught her these things and for every night I need to reach for the wine and copious amounts of chocolate we have lush days of snuggles and smiles to make up for it. 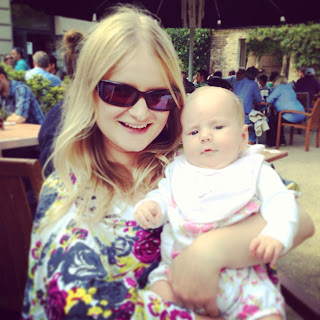 What will happen with this dummy dilemma? I really don't know but for today we have our bed, tea and chocolate biscuits.
Posted by Unknown at 09:01